Sisters in the News

Sisterhood for Good of Lakewood Ranch presents $76,850 in grants

Sisterhood Announces a Number of Awards For Members

By The Numbers: Grants for Good

Fall 2021 - Sisterhood For Good, which began as a women’s giving circle, has far eclipsed its origins.
Source: Your Observer

May 6, 2021 - Sisterhood For Good of Lakewood Ranch has added Tracy Wolfe to its advisory board of directors leadership team as vice chair.
Source: East County Observer

April 2020 - On what winning Localpreneur of the Year means to her: “Considering the caliber of the people nominated and who have been recognized in the previous years, it’s incredibly humbling. It gives you goose bumps!” On achieving success as an entrepreneur and her a-ha moment: “My entire adult life, I’ve been an employee, so I lead from the perspective of how I would want to be treated. That may not be the golden rule since it’s a corporate environment, but it works for us. "
Source: SRQ

Tiffany Farrell Is Prepared To Nurse Your Kitchen Back To Health

Affinity Kitchen & Bath Wins Two Awards in Annual 2020 Readers' Choice Awards: 1ST PLACE: SARASOTA - CATEGORY: BEST GRANITE & STONE RUNNER UP: SARASOTA - CATEGORY: KITCHEN & BATH REMODELER
January 2020 - In 2001, Tiffany Farrell, present owner of Affinity Kitchen and Bath, was living in Nova Scotia, Canada, when she said to herself, “It’s cold and you have a nursing license. Get your butt to Florida.”

Barbara Williams Recognized as Commercial Realtor of the Year.

Barbara Williams has been selected as the CID Commercial REALTOR® of the Year. November 18, 2019 - Barbara is a member of RASM and a CID member in good standing who, in the opinion of the Nominating Committee, has demonstrated exceptional skill and ability in the practice of the profession of commercial-investment real estate throughout the current year, and who is generally held in high regard by the membership.

June 13, 2019 - Heather Kasten brings change to the Chamber. It took almost 100 years, but The Greater Chamber of Commerce finally has a woman as president and CEO. Heather Kasten earned that distinction this year, and she raises her eyebrows a little when the milestone is mentioned. "Yes, 100 years," she acknowledges. "The chamber turns 100 in 2020. I've heard from other women that this is a game-changer."
Source: SRQ Magazine

June 13, 2019 - "Never be afraid to take your swing. Sometimes the curve is the one you smash over the fence." The baseball field serves as the perfect metaphor for the professional career of Allison Imre. It was here where she first stepped up to the plate and pursued her childhood dream of being in radio. Source: SRQ Magazine

June 2019 - Kastan returns to the Sarasota Chamber as President and CEO with a member-centric philosophy and a fresh perspective. Source: SRQ Magazine

May 2019 - Shelby Isaacson, Director of Operations at Bogart Labs, LLC / Second & Seed Apothecary in downtown Sarasota was nominated for the 2019 Women in Business Initiative by SRQ Magazine.

February 2019 - Erica Aultman Joined Sisterhood For Good at last year's Galentine event. Now it was her turn to convince other women in the Lakewood Ranch community and beyond to become part of a women's giving circle of the Lakewood Ranch Community Fund. Source: East County Observer

October 2018 - Three visionaries founded the Lakewood Ranch Business Alliance in 2005 to support the growing number of businesses in the region. Today, Heather Kasten is the President/CEO of the alliance with 600 member businesses that employ 2500 business professionals. Despite its name, the alliance has members from St. Petersburg to Fort Myers
who understand the potential business relationships available in the area.
Source: West Coast Woman

Coveted Silver Medal Award Presented to Angela Massaro-Fain by the American Advertising Federation Grapevine Communications Founder & President Earns Recognition for Success in the Industry March 2016 - Grapevine Communications, the area’s leading full-service advertising, marketing and public relations agency, is proud to announce that President and Founder Angela Massaro-Fain was recognized with the prestigious Silver Medal Award by the American Advertising Federation (AAF). The honor was presented at the ADDY Awards Gala on Saturday, March 12, 2016. Massaro-Fain is one of only five recipients of the Silver Award in over 20 years, and the second woman to receive the mark of distinction. 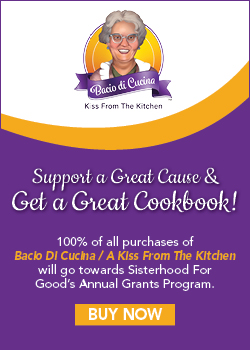